We took Preston to a train show this weekend. To say that he was excited when we walked in would be a major understatement. The boy was in heaven. He wanted to see and touch everything all at once. Definitely worth the cost to get in and look around.

However it was slightly problematic when we walked in and the Thomas the Train table was the first thing Preston saw. Cheap move, Thomas the Train guy. Of course I'm going to buy my son something when he refuses to leave your table. Nicely played. 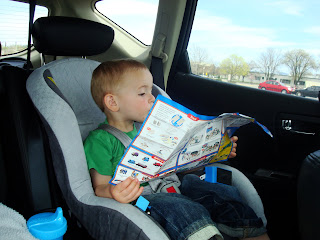 Once we moved on with a few new Thomas trains in tow, Preston was able to enjoy the rest that the Train show had to offer. But once again he was insistent that he needed a few more train toys. Preston got lucky that Daddy was there since Daddy doesn't have the word no in his vocabulary when it come to Preston. Preston left as the proud owner of not just three new Thomas trains but also two new model trains, one Sparky the Smart Train, and a huge set of train tracks. Hmmm next time we might want to rethink taking Brad with us. 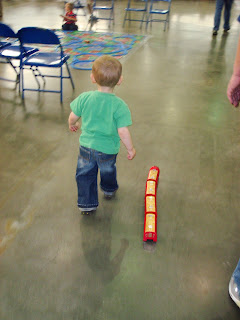 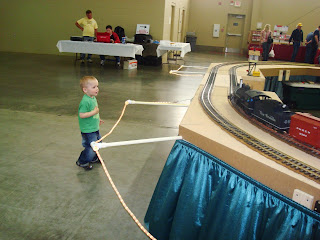 We ended the show with a train ride before climbing into the car and heading home. Preston loved riding on a real live train. He can't wait to do it again! 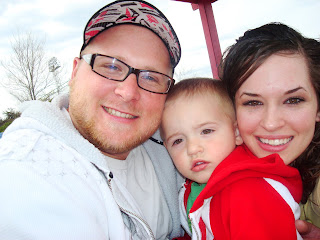 My daughter is starting to love trains too! She sees me get on my commuter train each morning for work. When I come home, my husband picks me up and Sadie yells, "Choo! Choo!". Have a Saucy Day!