That time of year rolled around again in the ice cream biz. Nas Kart. It's fun and for a good cause. Big Brother's Big Sister's and those interested get to race around in a go cart. Sounds pretty win-win to me.

Preston was so excited to go that he refused to take a nap. 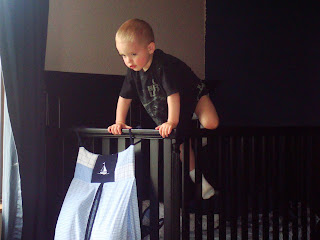 He was so sad when I told him that if he didn't start behaving we wouldn't go see the racecars. 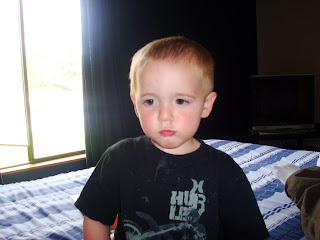 Of course I caved. I really wanted to go and I knew that Preston was going to love watching the races. He was thrilled. 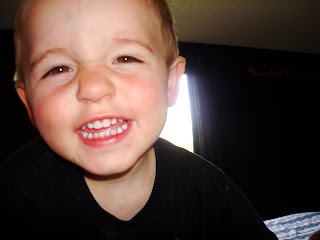 That no nap thing did end up catching up to Preston and he fell asleep shortly after we got into the car. No surprise there. I was forced to wake him up in time for the races. I was just too excited to let him sleep through the good stuff.

My Dad and Uncles were so excited for the race to start. They were waiting around at the gate like little boys. Or it could have been that they'd been studying the races before them and knew which cars were faster than the others. Yep, my family is competitive like that. 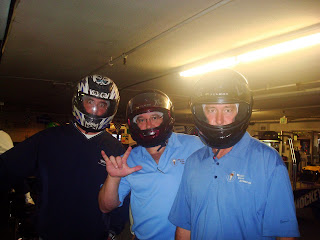 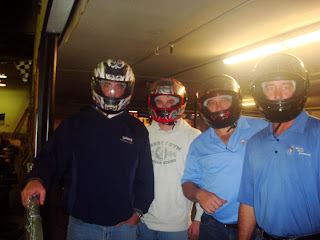 Preston enjoyed the races just as I thought he would. He just stared mesmerized. I attempted to catch a few pictures of the racers but they were just too fast. That blur in the picture? That would be the go cart. Looks like fun doesn't it? 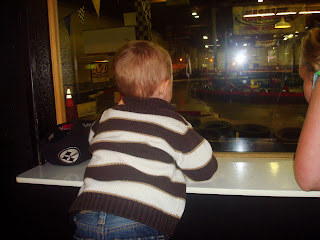 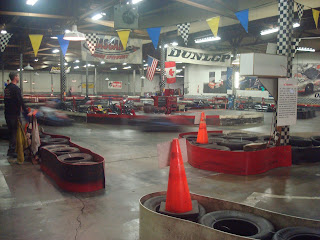 After the races were over, Preston picked out what he would like for his birthday. Now we just have to break it to the grandparents. No way are we spending that much money on his second birthday present. After all that's what grandparents are for. 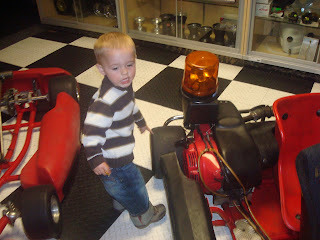 I wonder how long before Preston is big enough to race one of these by himself?

You have an award on my blog.

Hi, just stopping by from SITS! I love your site. Your son is adorable.
I hope you will visit my site and read excerpts from my book, Abby's Between Girlfriends: A Sharing of Marital Secrets.