A Kim and Preston Photo Shoot

I decided it was time to take some updated pictures of me and Preston this weekend. Especially since Preston was in a really smiley mood and was loving the camera.

It started off nice. Preston was more than willing to flash his adorable little smile just in time for the camera to capture it. 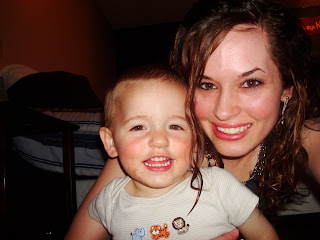 I even managed to get my new favorite picture of Preston and me. 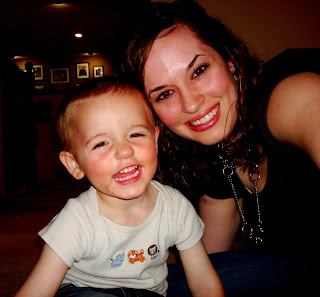 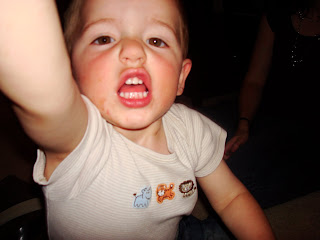 But once I got the camera back Preston was all smiles again. Kinda melts your heart a little bit doesn't he? 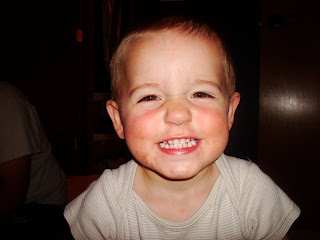 Before long though, Preston was over the photo shoot and ready to move on to much more interesting things. Like his trains. It was fun while it lasted. 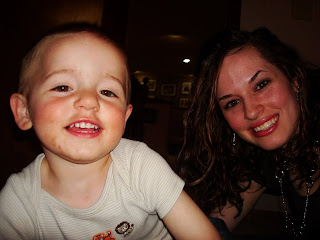 I did get some good ones, don't you think?

Very cute pictures!!! And No, going to sleep with visions of Edward is not bad!!! I do it often!!! See you on SITS

Stoppin by from SITS--he's a cutie! Have an awesome day!

That second last one is great. I love those cheese grins kids come out with.

I have a four year old boy and he loooves to be the focus of his own personal photo shoot!! and visions of Edward are totally normal and if you are lucky they will continue to stick around....lol...visiting from SITS

Popped in from SITS! What great pictures!

stopping by from SITs -- all i can say is OMG -- Preston is such a cutie pie. hahaha...love that little face!! Thanks for posting and I hope to see you around. :)

He is adorable. Found you at SITS

Hi from SITS! And your little dude is too adorable! I need to make an effort to take more pics of my little man and me together. Most of them are with his Daddy. : )

he gets his good looks from his mommy! stopping by from sits, happy blogging