While Daddy is Away

We took advantage of all of the sunshine last week. And it was a good thing we did, since it looks like we'll be playing inside this week.

Come on Mother Nature, it's Spring!

While it was sunny we soaked up some major Vitamin D playing outside. 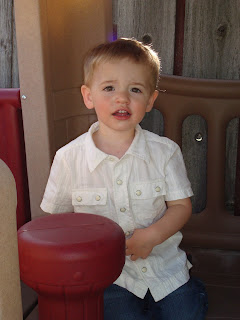 Preston once again proved that his outdoor playset was well worth the price, by immediately running over to play with it. I am however thinking that we might need to think about investing in a larger slide for our little daredevil and perhaps a swing? Good thing his birthday is coming up...in July, but who's counting. 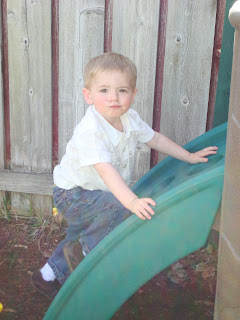 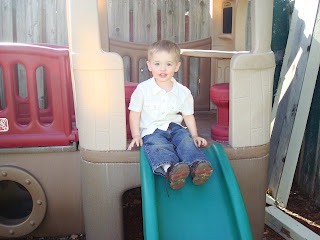 It was even warm enough outside that Preston enjoyed an Otter Pop. Not that he didn't enjoy those this winter, just that he was able to have one outside. Which our carpet was very thankful for. 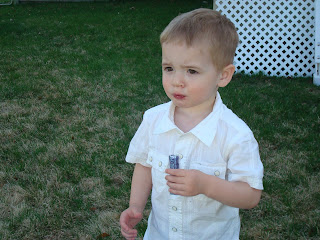 Note to self; dirt, purple Otter Pop, and white shirt do not mix well together. Even more so, what were you thinking self when you bought your 21 month old son a white shirt? You should have known better. Fortunately said shirt was saved and will live to see another day. Which is a good thing since I happen to like this shirt. As evidenced by the fact that I did in fact buy it for my messy, rough, and tumble little boy. 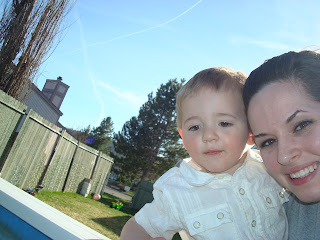 While I ran inside to find Preston a new clean shirt, he got to hiding. I came out and had a minor heart attack when he was no where to be found.

Let's play a little game, can you find the Preston? 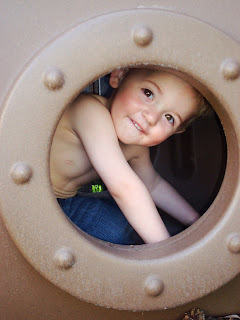 That's right he was hiding in the tunnel under his clubhouse. A place that he has never played in before. Clearly he was saving that discovery for a time when Mommy wasn't looking.

A shirt change later, Preston was ready to finish using up the remainder of his energy for the day. 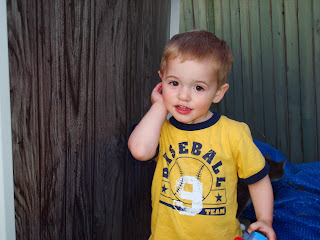 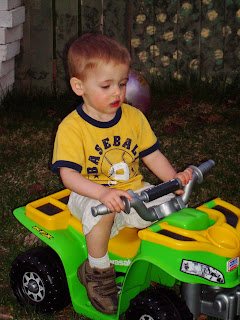 Who am I kidding, Preston didn't run out of energy. I did.

Popped in from SITS to say hi!

Love the picture of him looking out through the tunnel!

Your son is sooo handsome!