After months, no really it's been months, of waiting for Spring to appear, hoping that winter might finally be over, it seems that our wishes have been answered. You know except for the occasional six inches of snow that we woke up to just this week. It did melt the same day but still. It's APRIL!
Preston couldn't be more thrilled with the warmer weather. He's been desperate to get outside to run around and play. Walking to the car had become a treat for him because it took just long enough that he could stretch his legs and get in a little jog but not so long that his fingers and ears would threaten to fall off and never come back.
As soon as it was warm enough we headed out to play. Running around outside without a coat. Feeling the sun on our faces. It was so nice to get out and enjoy the fresh air. 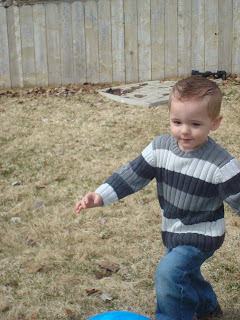 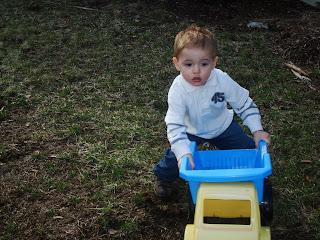 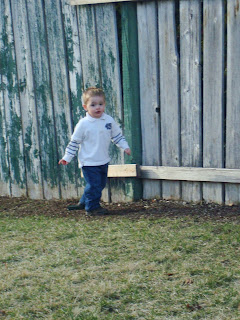 We even went out again later that day after naps and clothing changes. Preston just couldn't get enough of being outside. He checked out all of his long forgotten outside toys from last summer, remembered his favorites, and finally enjoyed his playset from his birthday last year. 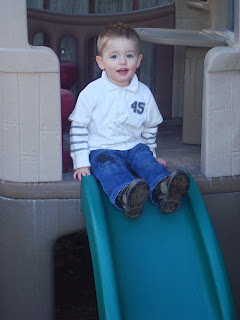 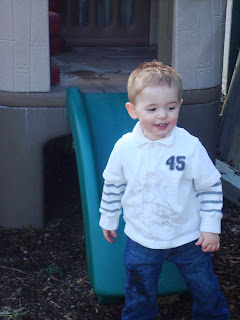 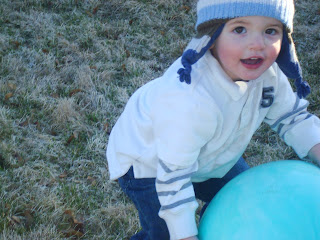 The poor cats were not as excited to have Preston out in what they consider to be their space. Outside was the one place they could really go to escape from Preston all winter. No longer. He was all about chasing them. Lucky for them they can jump the fences and he can't. 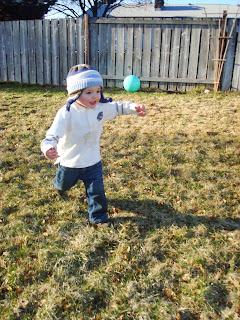 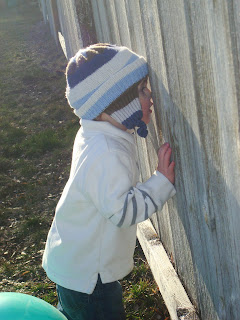 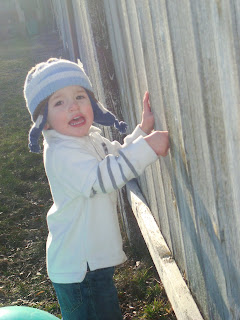 When it was finally time to head inside, Preston was not ready. It just wasn't warm enough to play outside anymore. Even with the temper tanrum, we were going to hang tight in the house for the rest of the night. 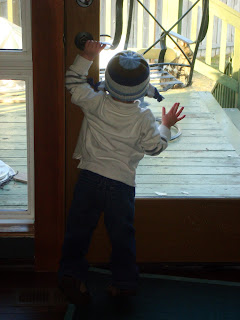 Here's hoping that it lasts. Who knows, last year we got snow in June.

I love that picture of Preston looking through the fence. Priceless!