You know how they say you snap your fingers and your baby is all grown up? It's true. Really. Preston just a month ago was so much younger than Preston today. It scares and excites me to see how much different he's going to be next month. 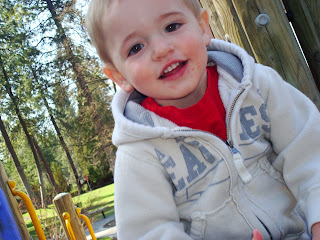 When Preston is hungry lately, he just heads over to our pantry and finds himself a snack. I can't even begin to tell you how many times I've rounded the corner to the kitchen to find Preston tossing things out of the pantry in the search for something that looks appealing. He makes a mess, but he gets the job done. He finds his snack. 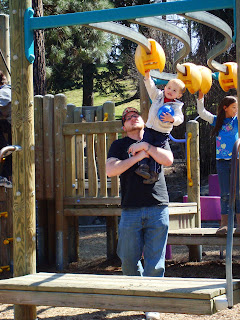 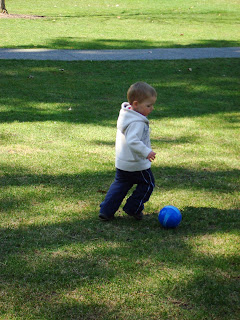 Storytime is different now these days too. Instead of just listening to his books now, he becomes invloved. He point out the things that he knows. An "apple" here, "egg" there, "water" everywhere. And he asks about the things he doesn't. "That". "That". Over and over until he figures it out. 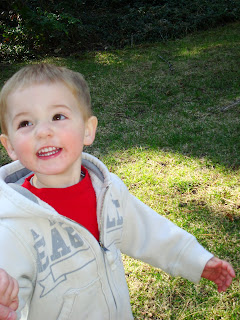 His vocabulary is expanding too. In large part because he's always asking. Everywhere we go, he wants to know what everything is. He's so unendingly curious. It must be amazing to see the world through his eyes. All the new. So much to see and learn. 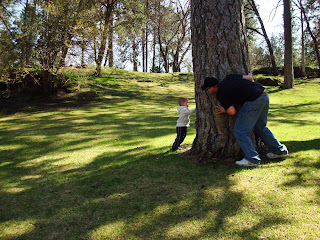 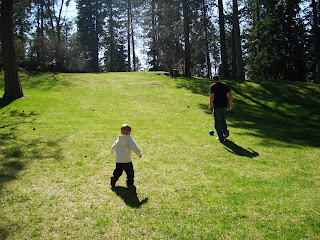 On Easter he learned what an "egg" is. Then became upset when the egg hunt was over and kept demanding, "egg, egg" over and over again. More to our surprise was a few nights later during storytime when he pointed out an egg in a story as soon as Brad turned the page. 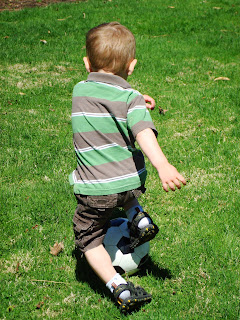 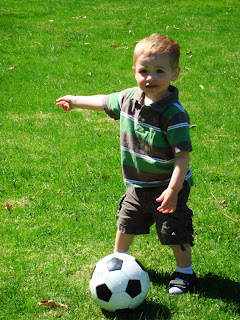 Or tonight. While reading him his stories, the same story with the egg in fact, I flipped the page and he pointed to the appes and said, "apple". He just learned how to say the word and now he's identifying the object. I can't help but be amazed. 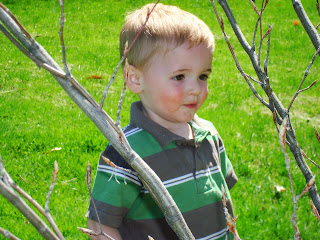 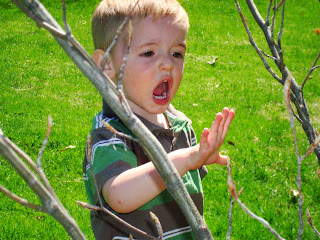 The same goes for the word, "bug". He's become very fascinated with the bugs in his stories lately. "Bug". "Bug". He is constantly pointing them out. On each and every page he finds them. I can only hope that he only points them out in books. Because Mommy is not a bug person. 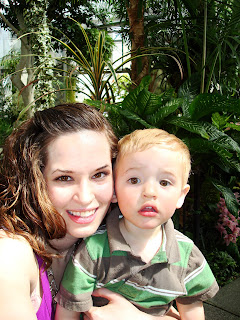 He also learned hippo. And oh, how I love to hear his little voice say that word. I can't explain it, but it's so cute. The same way that I can't get over how he says "water". 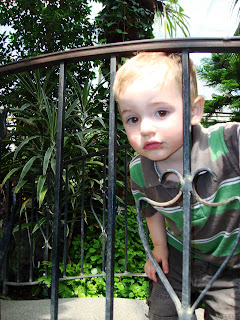 He's even had a few days where he doesn't nap. Like today for example. He woke up at 9am and made it all the way until bedtime at 9pm. In a good mood, none the less. It was like he'd taken a nap, only he hadn't. I think I missed the nap today more than he did. 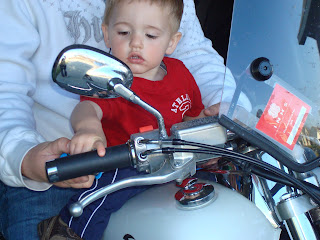 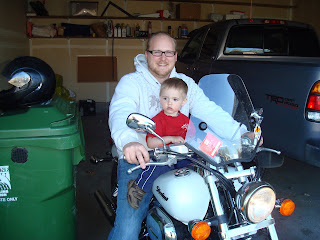 But the biggest and most traumatic change of all...he climbed out of his crib.
I tried to put him down for a nap yesterday and he was not happy about it. Which isn't to say that he wasn't tired. He was exhausted. This only seemed to fuel his desire not to just go to sleep. I left the room and went into the kitchen to try to wait him out. I knew he was tired and I was hoping that he'd fall asleep before I lost the will to leave him in his crib.
Turns out I didn't have to. I realized that it sounded like the cries were getting closer and closer. So I headed around the corner to go get him. Guess what? I didn't have to. The cries sounded like they were getting closer because they were. Preston was standing in the hallway. Break my heart. Poor little guy wasn't willing to wait for me to come find him, so he can and found me.
I tried to get him to do it again, but he refused. Looks like we'll just be waiting to see if he does it again. Let's hope it was just a fluke. I'm not ready for his to start playing escape artist.