Just in case you aren't a die hard Britney Spears fan, like yours truly is, that is from one of her songs, I swear I'm not yelling at you! I would never do that.
We got together at Twigs a few days prior to the concert to plan our trip have a few too many martinis and remember the high school days before leaving to see Britney. I think we probably should have put a little bit more thought into figuring out our trip and a little less martini. 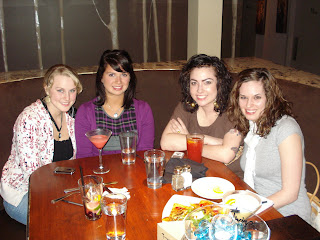 Someone, Jenaye, realized they'd forgotten their ticket at home as we left my house. Better a few miles from home than all the way in Seattle. More importantly we didn't figure in bathroom breaks as part of our drive time. This became an issue when I forced us to stop every single hour somewhere. I swear it was the latte that I insisted I needed as we left town. That set us a back a little teeny tiny bit. 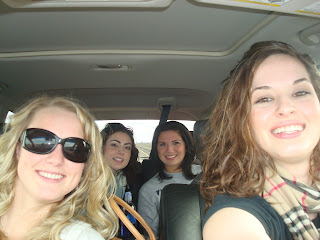 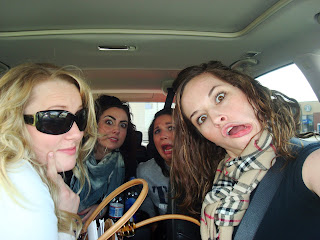 Shopping was another thing that we didn't plan out correctly. By that I mean we spent way too much time doing that and not nearly enough time getting checked into the hotel and ready to leave for the concert. 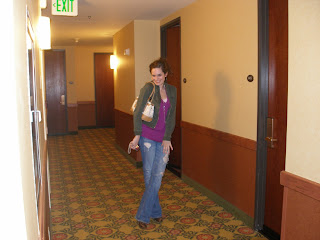 As a result of planning drinking at Twigs that night, we were late arriving at the concert. So we missed the PussyCat Dolls opening. But no fear we arrived just in time to find our seats as Britney came on stage. Yes that's right, Britney and me are now on a first name basis. 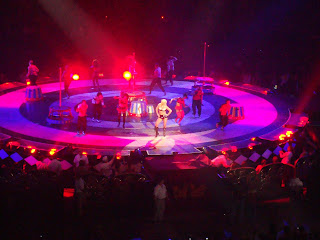 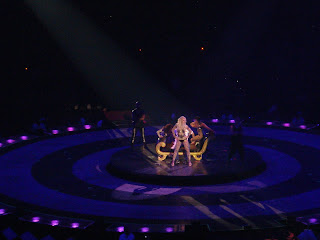 Britney did amazing! I loved every minute of it. Well except the part where I couldn't have the cap to the bottle of water that I bought. That was strange. It's one of the requests Ms Spears makes at her concerts. I survived. Especially since I prefered to drink the beer that I'd bought over the water anyways. 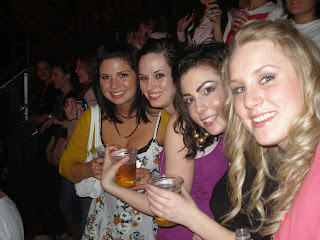 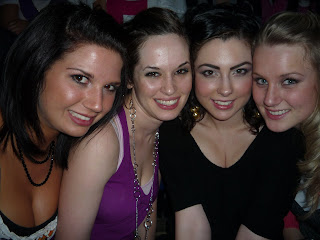 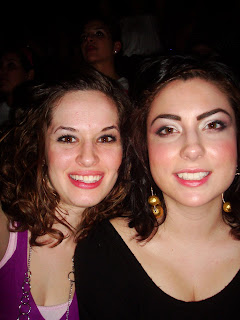 The Tacoma Dome was packed. I heard the show was sold out. And I would definitely say that we got our money's worth. Britney is quite the performer. I am not sure how she has the energy that she does. Her portion of the concert lasted about an hour in a half and I was exhausted by the end of it and all I did was watch from the audience. 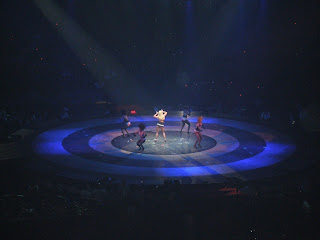 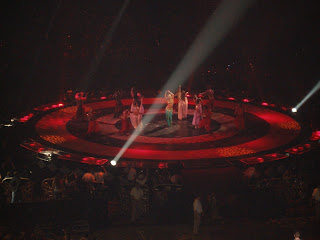 The drive there and back from the Tacoma Dome was horrendous. It took us 90 minutes to drive the 30 miles from downtown Seattle to Tacoma and another 90 minutes just to get back. Poor Ally had to pee about half an hour into the drive there and was forced to hold it.
Highlights of the drive. On the way there I was one lane over from being able to merge onto the freeway. While stopped at a light Ally rolls her window down and gives the guy next to us our life story of how, "We are not from around here, late to the Britney concert and we need to get on the freeway. Please let us over!" He obliged. Thank you.
On the way back from the concert we ran into a slightly bigger issue.
We were literally out of gas. My miles to empty read "3" as we entered Tacoma and "1" when we parked. A smarter person would have stopped for gas before parking but not us. Did I mention how we got there just in time for Britney to take the stage? Imagine what would have happened had we stopped. That meant that as soon as we got to the car after the concert, I used the gps to find a gas station in our area. It was ".5" miles away. Which wouldn't have been a big deal since we had "1" mile left except traffic was crazy after the concert. Meaning we sat and sat and sat. Ally even had to pull another please let us over out the window to get into the gas stations. It was crucial at that point being that my car had notified us we had "***" miles until empty five minutes ago.
Arriving back at our hotel just in time to head out for a drink before last call, we cabbed it up to Capital Hill. 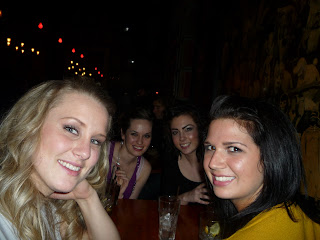 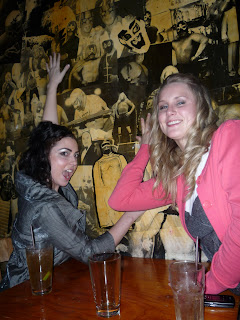 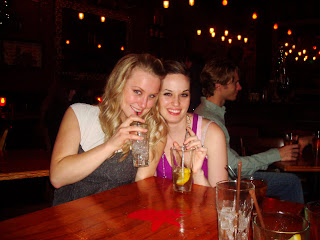 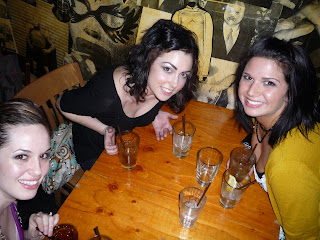 And then found an all night IHOP to fill our never had dinner tummies. We were starving and mildly drunk. Drinking on an empty stomach will do that to you. We also made some new best friends. Marcus and Justice. Justice was hilarious to say the least. As we sat down we were greeted with a "Laaaadies, let's get fuuuuuuunnnkky". My word did that get us laughing.
The trip away was nice. But I missed home and Brad and Preston way more than I thought I would. Which is saying something because I thought I would miss them a lot already.
Preston did great without me. There wasn't a single meltdown the entire time I was gone. Apparently he saves those just for me. And he only woke up once in the middle of the night and quickly fell back to sleep. That has never happened before in his entire life. So much for showing Brad how rough my nights are.
I'd say my trip was a success. And if Britney ever comes around my area agaon, you can bet your ass I'll be there!