Preston doesn't understand holidays just yet, so we were allowed to sleep in this morning. Ahhh, what a luxury. Even nicer to wake up to such a well rested and happy little boy. 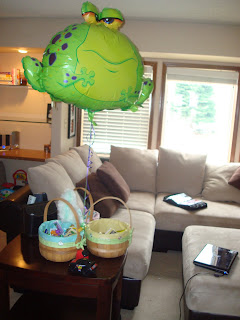 Once he did wake up, it even took him a few minutes before he even noticed what the Easter Bunny had left him. But boy oh boy once he did he was excited. You could tell by the look of awe that took over his face. 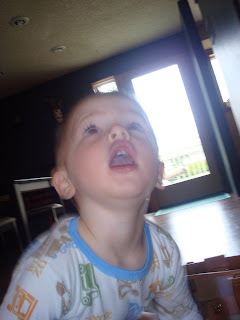 That was just over the balloon. He became even more excited as he realized that his basket also came with candy and cars and the best gift of all. Gordon from Thomas and Friends. You better believe he liked that little blue train after the Easter Bunny spent a pretty penny on it. In fact said train didn't leave his hands for almost the rest of the day, or the week for that matter. 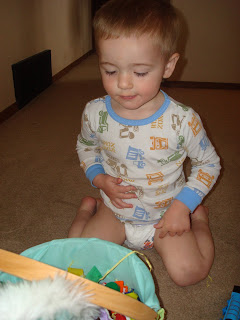 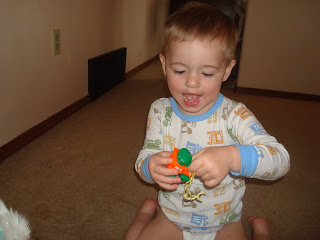 Once Preston had spent a decent amount of time ooh-ing and ahh-ing over his new train and other cars we pried Gordon out of his little fingers and moved on to some egg coloring. That's right I just said we colored eggs on Easter. Apparently these slacker tendencies are not only present on my blog but also in my everyday life. Go figure.
Preston loved coloring the eggs. At first he wasn't sure what we were doing and just wanted to throw the balls eggs around the room. Eventually we convinced him that the eggs were there to be colored not thrown. Preston got the hang of it and was quite the egg colorer. What can I say we were impressed with his end product. Plus not only did he manage to color the eggs but his hands as well when he decided that the spoons and little dipper thing that came with the dye just weren't doing the trick. 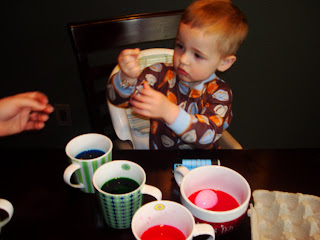 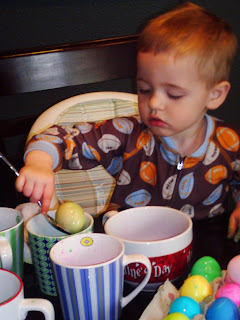 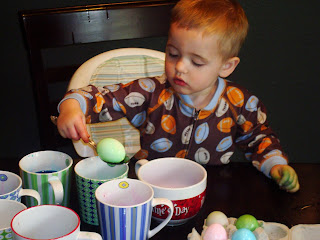 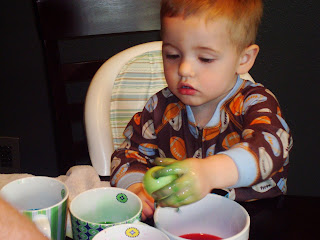 After making Preston presentable again, we headed out the door to my parents house. Where Preston was further bombarded with new toy cars and candy. I'm fairly certain that Easter is now a high ranking day on Preston's favorite list. 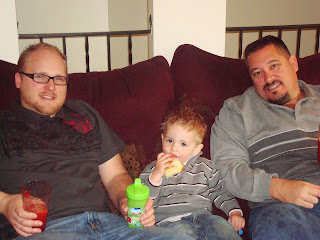 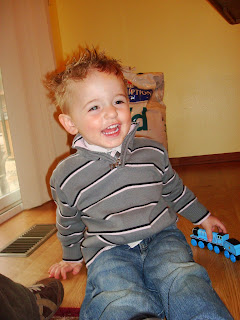 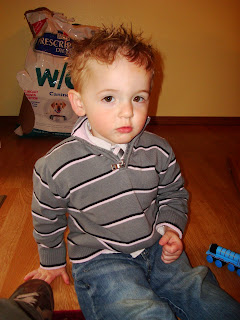 Even more so when it became time for the egg hunt. Preston was ready to hunt those eggs come rain or shine. And rain it did. Still he was such a great little egg hunter, even more so because he did it one handed since Gordon the train insisted on coming along. He was all over those eggs. Not that it was really that difficult to find an egg amongst the more than ten dozen eggs thrown around my parent's front yard. Still we were proud. He had the second most eggs at the end of the hunt, out of him and my sister. Not too shabby for a one year old. 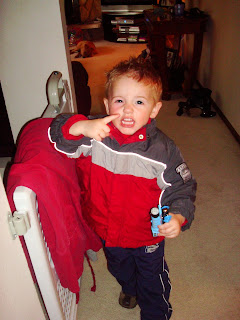 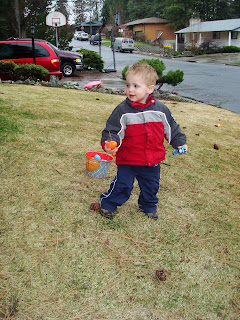 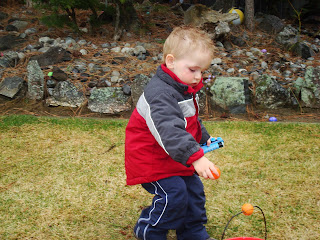 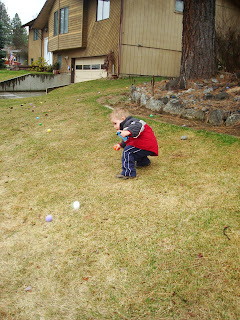 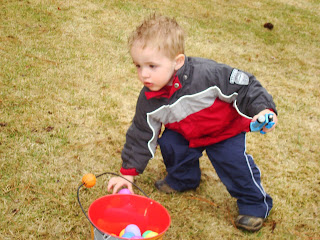 By the end of it all Preston was tuckered out. 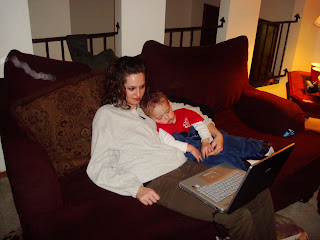 Happy Easter Everyone! I know it's late but I sure hope yours was lovely!

awww.what a cutie and you have a very nice house by the way..we are actually looking at getting a similar sectional to what you have..