We took Preston to the Shriner's Circus last weekend. They set up a huge red tent in the parking lot of our valley mall. It was so cool looking. I was fascinated just by the tent.

Preston semed a little bit interested in the tent too. Which made me hopeful that he would also be interested in the show. Just in case though, we bought him a little spinner light up toy to keep him entertained if the performers failed. 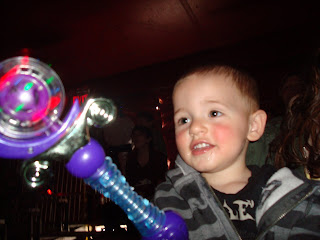 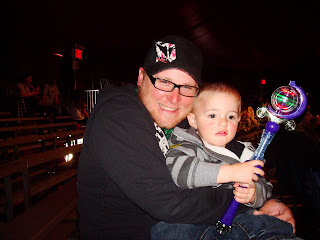 At first Preston was intrigued by what was going on in the center ring. Then he realized that these people had nothing on Finding Nemo. It became a little bit of a struggle to keep him in place. Although they did throw in a few things that Preston enjoyed, like the horses and the guys that swung from the bungees up high. 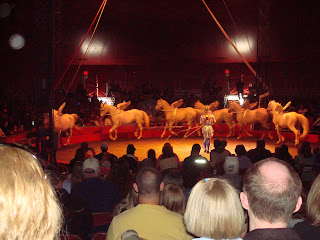 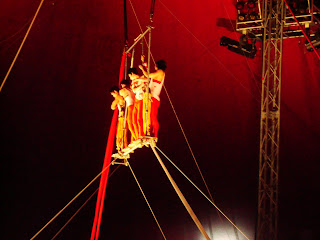 I got a great deal on our tickets for the circus through our Mommy and Me group. We only paid half price, so when we left at intermission I still felt like we'd gotten our money's worth. Even though this little monster refused to sit still any longer. 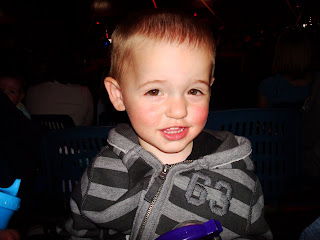 Next year he'll like it a lot more. And next year we are so riding the elephants!