I'll give you a little hint. 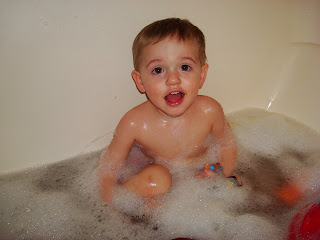 Did you figure it out?

I completely forgot that it was his "birthday" on Wednesday until the end of the day. So his 19 month birthday pictures were taken in the bathtub. But I like to take pictures on his birthday every month. I think I've only missed one, at it was like two months so I don't think it counts.
And on this big day, Preston stepped on the scale and weighed in at a whopping 27.4 pounds. Not bad for such a little guy. Or clearly not so little.
We go in on Monday for his 18 month appointment, so we'll get his official weight and height and percentages. I'm so excited! 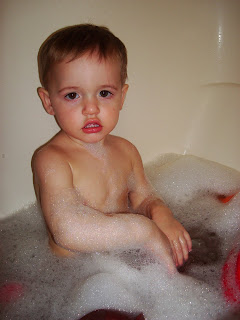 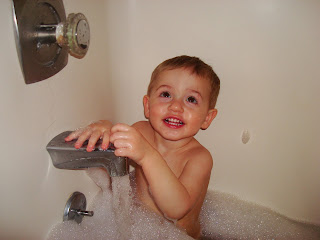 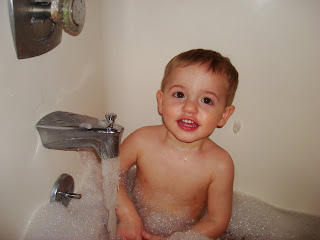