It was 44 degrees outside when Preston woke up from his nap yesterday! That's warm enough to play outside. At least Preston thought it was. He went out for a little while when Brad got home from work with Brad. But when Brad became desperate to shower and put on clean clothes, it was my turn to take him out.

We decided to take a nature walk. Okay, okay, it wasn't so much of a nature walk as a walk to the mailbox. Potato, pot-a-to. We did see trees and puddles and a few rabid cats. Oh wait, those rabid cats were just our pets and they only get rabid when Preston refuses to let go of their tails. Once again; potato, pot-a-to.
I threw on Preston's sweatshirt and shoes and away we went.
Please pay no notice to how incredibly ridiculous Preston looks in these pictures. We'd had a playdate earlier that day that involved ice cream and after Preston professionally covered himself and the floor in ice cream drizzled with chocolate syrup, I swiftly changed him into a pair of jammies. And once the sun was shining and he was determined to get outside, I was not about to hold him up for an outfit change. And yes, that does say Preston on his butt. Aren't those just the cutest jammies ever?! 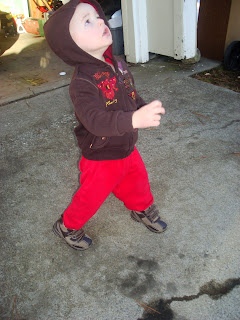 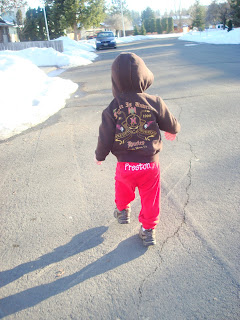 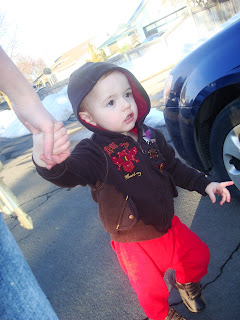 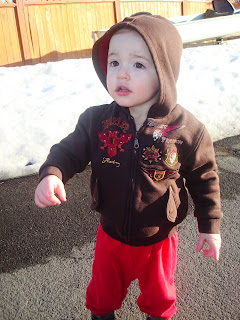 I miss you!!! Want to go to the farmers market with me? Im planning on going around 3.